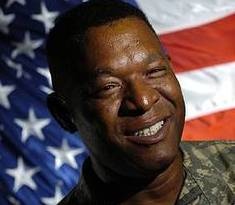 The retired command sergeant major from Colorado Springs remembers the sound of the start of the Persian Gulf War 25 years ago as his troop of soldiers from the 3rd Armored Cavalry Regiment raced into Iraq, leading the American attacks.

That sound kicked off a ground war that was surprisingly brief - it lasted just 100 hours. But the Persian Gulf War changed how Americans fight and left a legacy that shakes the Middle East to this day.

Through Sunday, The Gazette will examine the Gulf War with stories of those who fought there and the analysis from historians who search for the war's meaning.

McWilliams remembered his thoughts when the guns went silent in 1991.It was first seen as a brilliant success, and is now viewed by some as a missed opportunity that led to America's controversial Iraq invasion in 2003, which sparked an insurgency that continues today.

"Look at how close Baghdad is - let's just keep going," he said at the time.

The war's legacy is still felt in Colorado Springs. The generals of today were the captains and lieutenants leading the troops into Gulf War battles.

Technical breakthroughs centered in Colorado Springs at Air Force Space Command drove the frenetic pace of the fighting with what was then the experimental technology of Global Positioning System. Army Space and Missile Defense Command in Colorado Springs, founded in 1997, grew out of Iraq's use of ballistic missiles.

McWilliams wasn't thinking that far into the future when the war began. In the days before the invasion, McWilliams and his company commander prepared for the worst.

"We sat down and we drafted standard letters to send to the next of kin in the event that we started losing soldiers," he said.

They lost none in the invasion.

McWilliams' troops were racing ahead of attacks by the 18th Airborne Corps, which was on the northern edge of the "left hook" plunge into Iraq. They rumbled through trackless desert to face off with the world's fourth-largest military.

The 1st Sgt. Terrance 'Mac' McWilliams, left, stands beside the Iraqi travel trailer he liberated from a Republican Guard general. The trailer was the height of luxury for troops in the 1991 Persian Gulf War, but the easy life didn't last long. McWilliams was tolld toget rid of it. (Courtesy Photo)

In those 100 sleepless hours, McWilliams watched the Iraqi military crumble.

"It was evident that Republican Guard was high-tailing it to the rear," he said. "They left a lot of equipment in place. We knew we were winning."

Kuwait was freed. But victory came as a shock, McWilliams said.

"On a nice cold cloudy rainy morning we got the word on the radio - 'Cease fire hold in place. The war is over,'" he said.