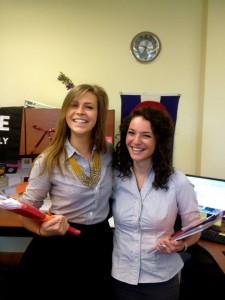 “The time is long overdue to encourage more women to dream the possible dream.” – Sheryl Sandberg, Lean In

I had the great privilege of attending the Colorado Women's Hall of Fame event in Denver on March 20. It was impossible to come away from the night uninspired by the incredible stories of the honorees, But with Sheryl Sandberg's recent best seller Lean In fresh in my mind I could not help but visualize the long path, fraught with obstacles, that these women had to overcome on their journeys.

I had never considered myself a feminist until quite recently. My proclivity for jewelry, lace, mascara, and the occasional pink garment would certainly lead academics to classify me as a neo-feminist, not to be confused with those 'hairy aggressors' of my mother's generation - the frequently denigrating and certainly persistent image of which still colors the connotation of feminism today. Whether nervous of society's sordid view of feminists, or simply unaware at the time of how far my sex still has to go before the tides can even begin to be considered equal, I was convinced that while female is something that I am, feminist is something I was not.

It was easy to feel this way. At the time, I was an undergraduate student at Colorado College; before that, a student of the International Baccalaureate program at George Washington High School in Denver; and even earlier, a bright middle schooler at an accelerated charter school in Aurora, the Cherry Creek Challenge School. My mother is perhaps the most curious human I've ever met: a Colorado College graduate Boettcher scholar turned lawyer. In short, I have always found myself surrounded by highly motivated, extremely intelligent females. Given the comparatively rapid rate at which the female brain reaches maturity versus the male brain these experiences, which informed my view that feminism was outdated, were skewed due to my youth: my all-girl ‘Future Cities’ team beat out the other exclusively male teams in a middle school competition; females broke the curves on tests and assumed the majority of leadership roles in high school; and women led initiatives for change, research projects, and overall outnumbered our male counterparts in college.

Unfortunately, a chasm begins to form between men and women soon after graduation. In 2009, 25% fewer men than women received college degrees while in 2013, men participating in the workforce beat out women 72.5% to 58.8%. According to Sandberg, “Women are not making it to the top. A hundred and ninety heads of state; nine are women. Of all the people in parliament in the world, thirteen per cent are women. In the corporate sector, women at the top - C-level jobs, board seats - tops out at fifteen, sixteen per cent.”

Despite this, I feel optimistic. Once again, I have found myself in a situation where women who are undyingly passionate and relentlessly driven surround me: El Pomar’s Fellowship. Looking around me, I have faith that standing shoulder to shoulder with our mentors and one another, the women of the Fellowship will do our part to change the statistics and assume our rightful roles as innovators, politicians, educators, activists, doctors, and maybe one day, as inductees into the Colorado Women’s Hall of Fame. As Sandberg notes, " Conditions for all women will improve when there are more women in leadership roles giving strong and powerful voice to their needs and concerns". There's no group of women I’d trust more or rather stand next to as we fight to re-write the future. El Pomar Foundation is leaning in.