From the 400 Freestyle to the Fellowship 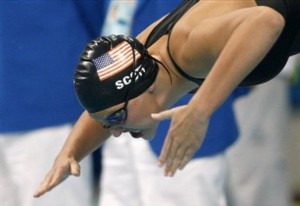 I was born with a benign tumor in my spinal cord, which caused enough nerve damage and weakness in my legs to make me eligible for the Paralympic sport system. In swimming, athletes are divided among ten classifications based on the severity of their physical disability. The classifications are decided by physical “bench” tests, a swimming test, and competition evaluation. I competed in the S10 class, considered the most able bodied. In Paralympic sanctioned races, I exclusively competed against other S10s, which proved to be a relatively equal playing field.

At the age of fifteen, I left Cape Girardeau, Missouri, to further my swimming career at the Olympic Training Center in Colorado Springs. At the time, I was the youngest resident athlete at the training center. Although my family was only a phone call away, I missed out on a lot of time with my parents and younger brother. However, my new life at the training center presented a chance to be parented, in a sense, by others. A number of my  coaches, teammates, and friends influenced my life.  As a result, my idea of family grew. 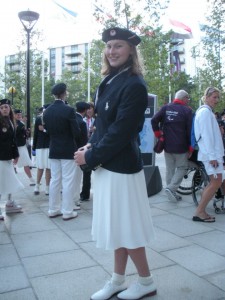 In 2011, while still swimming at the Olympic Training Center, I realized what every athlete inevitably does: someday swimming would end for me and I was closer to the end of my career than the beginning. Although I still loved the sport, I began to consider what and who I would be after I hung up my goggles. I started volunteering in a kindergarten classroom for students learning English as a second language. The passion the teacher had as she worked tirelessly to make those five year olds feel welcome while navigating school for the first time in their lives, was profoundly inspiring. Although I realized I would probably never teach kindergarten, I kept returning to volunteer. I was humbled in that classroom as I stepped out of my comfort zone, tried something new, and realized I wanted to serve the community and help others.

Following the London Paralympics I found needed another spinal cord surgery as periodically, scar tissue from previous surgeries builds up on my spinal cord, causing more nerve damage and the only solution is another surgery. I realized then that I did not want to compete in another major competition. Once I returned to training, I began to experience more neurological deterioration; the muscles in my arms and legs began to twitch uncontrollably, along with shooting pain through my lower back and legs. I simply could not train like I did before. 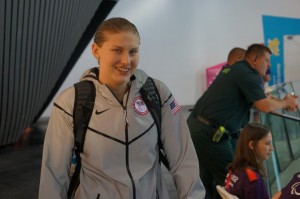 Although I have been inspired by plenty of athletes coming back from severe injuries or illnesses, I realized my own dreams had changed. It is interesting how pain tests your love for something. In October of 2013, I made the decision to finish out the year and retire from swimming in 2014. Upon learning my decision, my coaches met me with compassion and understanding and tried to ease my transition. They gave me job searching advice and offered to write letters of recommendation. The Olympic Training Center network, as well as the geographically broader US Paralympic swimming network, is very close knit—like a family. Even though part of me felt betrayed by my body and hated walking away from it all, I am incredibly grateful for the USOC’s support. Being the recipient of so much support reinforced my developing desire to serve others.

Fortunately for me, a dear friend invited me to stay in her and her husband’s house while I figured things out. The next few months were filled with babysitting, looking for jobs, house and pet sitting, growing frustrated, and looking for jobs. I had not saved a lot of money, and I was humbled to need so much help. I was at the mercy of others. Less than two years after being ranked first in the world in my the 400 meter freestyle with high hopes to win gold in London, yet I knew that part of the reason I quit was to help people and make a bigger difference. I felt stuck.

When I learned of El Pomar Foundation’s Team USA Fellowship, I dared to raise my hopes. I knew of El Pomar’s reputation for serving Colorado, although I did not yet know the tangible ways El Pomar would equip me, and so many others, to improve our communities. I have walked away from motivational speeches, read plenty of books, and heard quotes that inspired me to change the world, yet have never known where to start. In the Fellowship, as with the Olympic Training Center, there is a standard of excellence. We are trained to meet this standard through extensive professional development courses, personality profiles, economics and investing, and the experience of working on teams—all while staffing El Pomar’s many programs. The individuals at El Pomar, from Senior Staff to the Fellows, better the community by investing in people with passion and understanding.  In ways, they are no different than the inspirational kindergarten teacher or the coaches who shaped my life thus far. 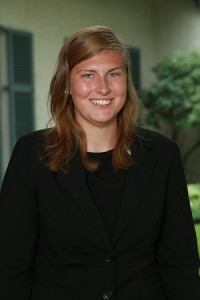