And the Real Winner is…Urban Peak

During the last five years, El Pomar Foundation has established a fall tradition—a staff versus Fellows food drive. The Fellows emerged victorious from the contest during its first two years of existence but have tasted defeat for the last two. Staff and Fellow team captains spent Tuesday afternoon tallying the points from collected items for the 2011 contest, and this year’s results are in—the staff has officially won with 1,280 points, doubling the fellows’ 625 points. However, the real winner is Urban Peak—the Colorado Springs 501(c)(3) nonprofit and teen homeless shelter that received the donations from staff and Fellows earlier this week.

The Fellows have already begun plotting their strategy for next year and hope to pass the traveling trophy back to the staff. 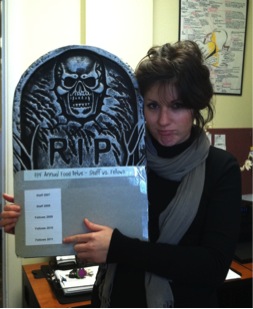 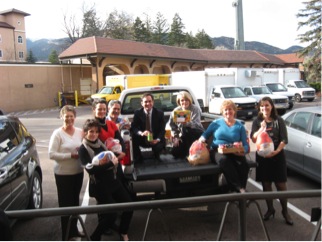 El Pomar staff and fellows pose for a picture with the collected items before the drop-off at Urban Peak. 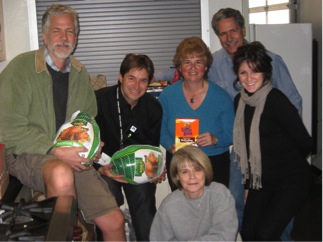