A Firsthand Look at the Fellowship: The Working World and Western Waters 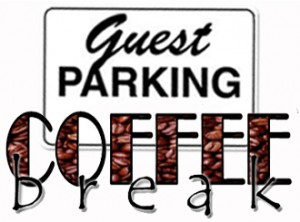 Growing up, I remember watching movies like The Big Chill and St. Elmo’s Fire, mainly because my dad told me they were classics I needed to check off my list. I remember thinking how unfortunate it would be to turn into a twenty-, thirty-, or forty-something who spends her time yearning for those four magical undergrad years. At least that’s what I thought until June 2011 when I received my college diploma and quickly developed signs and symptoms associated with post-collegiate nostalgia.  And I’m one of the lucky ones: I am employed at a top Colorado foundation and spend my time working with other recent college graduates, engaging in civic dialogue, honing leadership skills, and interacting with community and state leaders.

Although it is both a blessing and a curse, a little piece of my university days have stayed with me during my transition to the working world in one significant form—the questions.

I was under the impression that last question would be easier to answer after college and with a little work experience under my belt. Ha!

Now, however, six months into my Fellowship journey, that might be changing. Today, I can say I know exactly what I do not want to do. To steal a line from John Cusack’s Lloyd Dobler in Say Anything, “I don’t want to sell anything, buy anything, or process anything as a career.” And, I know better what my passions are; most involve a pair of hiking boots, a trailhead, and a fly rod. I grew up on the banks of high alpine lakes, small mountain streams, and major western rivers.

Where does that leave me? With the help of the Fellowship and that little bit of yearning that had me reaching for a connection too my college past, I might be a lot closer to figuring that out.

Call me naïve or idealistic, but through this once-monthly interaction and a lot of thought in between, I've come to realize that I would love a career protecting the waters of the Rocky Mountain West. While it might not be the brightest decision financially speaking, it certainly appears to be a path to personal fulfillment, and one I might not have discovered without the combination of the Fellowship and my desire to extend my college years just a little bit longer. 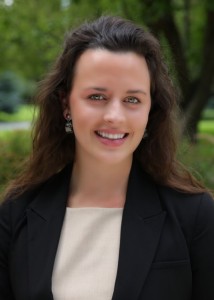 Emily Orbanek was born and raised in Grand Junction, Colorado. After a childhood on the western slopes of the Rockies, she headed to college in California. At Santa Clara University she became increasingly involved with campus sustainability initiatives and interned at the Office of Sustainability her senior year. Emily traveled to Wellington, New Zealand her junior year where she studied international economics and Maori traditions. She graduated in 2011 with a double major in Economics and Environmental Studies. She is excited to join El Pomar and go to work for a state she loves. In her free time she enjoys fly-fishing, backpacking and the numerous other outdoor activities Colorado has to offer.