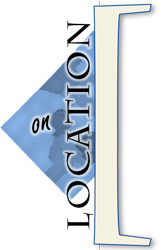 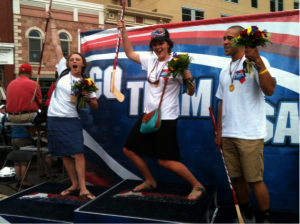 It’s the time of year when school kids across the country sit down to write all about what they did on summer vacation. We decided to apply the same lens to El Pomar’s summer.

This summer was certainly memorable, but not because of the events that garnered international attention. Rather, this summer will remain unforgettable for many of us because of a developed sense of community here in Colorado Springs.

The people of Colorado Springs came together in the most remarkable of ways, from feeding hungry firefighters battling the Waldo Canyon fire to making an enthusiastic attempt to break the world record for most people wearing swim-caps at the same time. Alongside fellow community members, El Pomar staff members were in the thick of it all. This is our summer in review.

During the chaos and devastation of the Waldo Canyon fire, El Pomar’s own Noel Gugliotta, a second-year Fellow, organized a team of 29 volunteers to help feed hungry firefighters breakfast, lunch, and dinner at Fire Station No. 9. The volunteers, who ranged from summer interns to family members of El Pomar staff, plugged in more than 250 hours over a six-day period. Intern Dakota Sandras recounts her experience volunteering in a previous blog post. 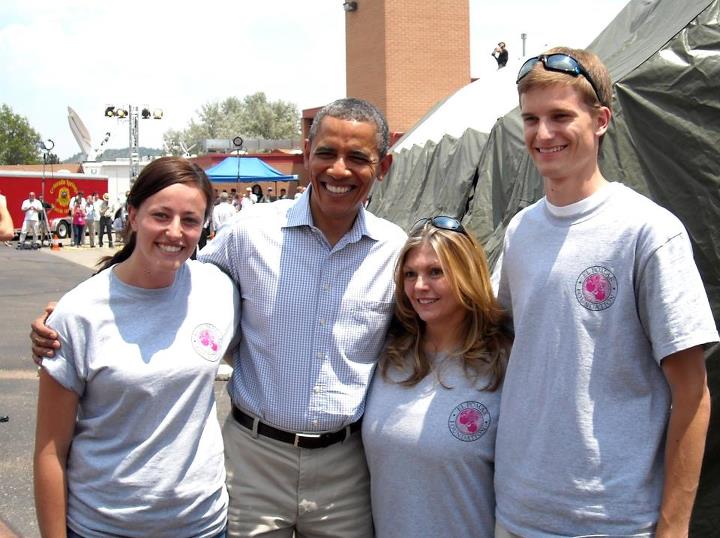 Our community grew even closer together during “A Community Rises,” a benefit concert and telethon to raise money for organizations helping those affected by the fire. The Fray’s front man, Issac Slade, along with Michael Martin Murphey, the Flying W Wranglers, and Flash Cadillac all performed at the concert, which raised an overwhelming $278,382: $85,407 from contributions at the concert, $97,215 donated by phone, and $95,760 donated online during the concert. El Pomar staffers volunteered at the concert and El Pomar contributed $125,000 to the Waldo Canyon Assistance Fund at the Pikes Peak United Way. 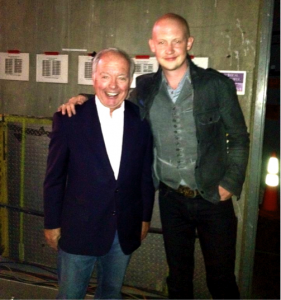 After the destructive fire, the Colorado Springs community came together to celebrate a much more uplifting event during the opening ceremony of the 2012 London Olympics. The festivities began in America the Beautiful Park, where 20 El Pomar interns, fellows, and staff helped attempt to break the world record for most number of people wearing swim caps in one place. Though the official attempt was unsuccessful, unofficial word on the street was that no one had ever seen so many people downtown having so much fun at one time.

The U.S. Open Ultimate Championships also drew in a big crowd with 600 athletes and about 5oo spectators. Eleven El Pomar fellows and interns had a wonderful time helping with the event.

Though the Pikes Peak International Hill Climb was postponed due to the Waldo Canyon fire, the Colorado Springs community remained equally enthused when the historic race was rescheduled to August 12. Thirty thousand individuals enjoyed themselves at Fan Fest in downtown Colorado Springs and another 6,000 people watched the thrilling race along the route to the top of Pikes Peak. El Pomar Founder Spencer Penrose established the original “Race to the Clouds” in 1916.

On the heels of the Hill Climb, racers on two wheels took over Colorado Springs for the USA Pro Cycling Challenge. Fifteen thousand people crowded the streets of downtown Colorado Springs on Friday, August 24 as their favorite cyclists zipped past on a nine-mile loop before speeding off to Garden of the Gods.

El Pomar Foundation supported the event with a grant and nine El Pomar staff members volunteered at the race and had the opportunity to see some of the top riders in the world.