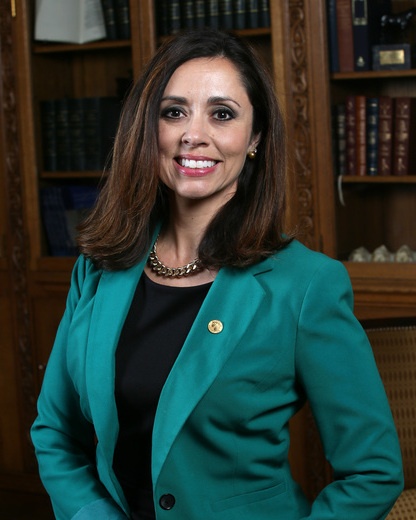 Andrea Aragon is the Executive Director of the Robert Hoag Rawlings Foundation.  She has over 25 years of experience in the nonprofit sector through various leadership roles. Prior to joining the Foundation, Andrea was the President/CEO at United Way of Pueblo County for 17 years.  Throughout her career, she has served on numerous boards and commissions.  Notably, she was appointed by Governor Bill Ritter to serve on the Caring for Colorado Board of Directors and was reappointed for a second term by Governor John Hickenlooper. In addition, she was appointed by Governor Owens to serve on the College Invest Board and recently completed a 6-year term on the Colorado Nonprofit Association Board of Directors.

She is currently a member of US Bank Pueblo Community Advisory Board, the Colorado State University – Pueblo President’s Advisory Board and is a Commissioner for the Housing Authority for the City of Pueblo.  Andrea has received several honors for her community involvement by the Pueblo Hispanic Education Foundation, the YWCA and the Pueblo City/County Library. In addition, Andrea received the 2015 Charles W. Crews Business Leader of the Year Award from the Greater Pueblo Chamber of Commerce, and in 2016 Andrea was presented with the President’s Medallion for Distinguished Alumni Achievement from Colorado State University – Pueblo.  In 2018 she was awarded with the Mel Harmon Community Service Award by the Southern Colorado Press Club.  Andrea has been a charter trustee of the El Pomar Foundation since 2016.